MESSAGE FROM OUR CHAIRMAN

The world is changing, and Pakistan needs to catch up. Khazana was founded with a passion for transforming Pakistan’s technological landscape. We have built a system to ensure that our critical data remains within the confines of Pakistan’s borders while having a multi-cloud approach.

We come from diverse backgrounds. Bought together by our shared values, innovativeness, and work ethics, we bring our perspectives and professional expertise to create solutions to help your business thrive, rather than simply delivering standard products and services. 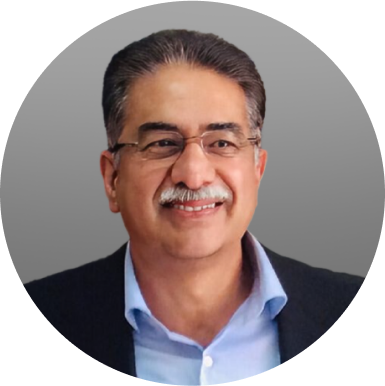 Mr. Attiazaz Bob Din, the founder and Chairman of Khazana Enterprises, is a gifted entrepreneur and led several startups to become multi-million-dollar companies. Ernst & Young recognized him as the most successful entrepreneur in the US. He entered the technology business in 1985. By 1993 launched En Pointe Technologies and, in three years, built revenues from $19M to $700 million by 1996 and listed it on Nasdaq. He then led it as CEO for 14 years.

Attiazaz holds the distinction of a select few foreign-born Americans back in 1996 to run a publicly-traded NASDAQ company in the US – an honor and distinction limited to only 3000 CEOs in the United States for registering and managing a NASDAQ company.
Din was also the founder, Chairman, and CEO of a successful cloud business: dinCloud, an award-winning cloud services provider and innovator of the hosted desktops space – a top-five Gartner quadrant Cloud service provider for the hosted desktops (DaaS). Today, Bob is a central figure in the rapidly growing Cloud Services business, with two leading companies in the UCaaS and Cloud. He also serves on the board of several companies, including quickly growing Public and Hybrid cloud companies and multi-brand eCommerce fashion store in Pakistan.
Bob has met and hosted more than 20 US senators and members of Congress and served 18 years on LA County Sheriff’s advisory council. Bob was a board member of one of the top ten banks in California for almost a decade.
Bob’s desire to do public good has facilitated thousands of professionals in the United States and worldwide through his various investments. Bob set up the first Business Process Outsourcing (BPO) operation outside the US in the late eighties, employing more than 1500 associates.
Bob Din graduated from St. Anthony’s High School. He attended Forman Christian College (University), where he was elected twice to the student union and was awarded the most distinguished Formanite award in 2012. He is currently President of the FC University Alumni Board. 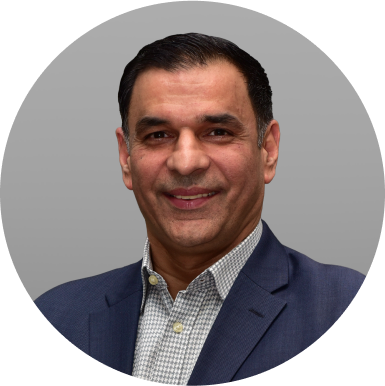 Mr. Nadeem Khan is Chief Executive Officer of Khazana Enterprise. He completed his graduation from the University of Minnesota, is an entrepreneur and venture capitalist who holds 25 plus years of experience in Information Technology, Manufacturing, and Real Estate sector. His commitment to creating economically sustainable and socially impactful businesses has been lauded and has led numerous ventures from the startup stage to highly profitable businesses. 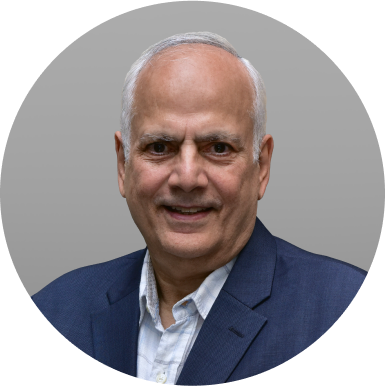 Mr. Rahman is a former banker and worked in various functional capacities with Citibank, JP Morgan Chase, and Standard Chartered Bank. During his long banking career, he lived and worked in eight countries. His functional responsibilities in banking include the position of CEO of a Citicorp subsidiary,Regional Sales Management, Relationship Management at JP Morgan, Citibank, and Standard Chartered Bank. He has received accolades from customers and recognition from his employers. He also led the launching and development of the digitalization of Trade and Payments Products during his banking career. 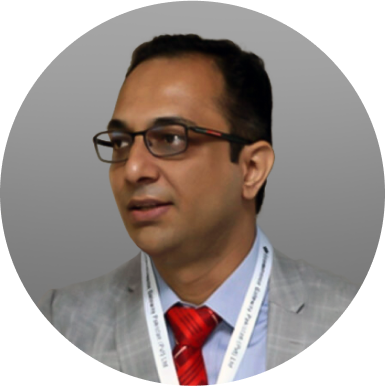 Ahsan Khan comes with extensive management experience of delivering transformational new age ICT solutions and services with an experience spanning 18 years. He is a strategic leader who has led introduction of leading-edge technology solutions to enterprises in Pakistan from inception to delivery,including some of the biggest and complex ICT projects carried out in the country.
He has been instrumental in setting up four public clouds in the country including the only government cloud in Pakistan contributing significantly in developing the cloud eco-system across the country. He has held various senior in-country positions at VMware, Oracle and NIFT with his last engagement as country manager of VMware in Pakistan. As CCO he will cover the commercial strategy and the development of the organisation across all areas of focus driving business growth and value for its shareholders. This includes acquiring new companies while ensuring the integrated commercial success of the organization.

“Khazana will be the next unicorn from Pakistan by pioneering and leading in outsourced banking ICT operations space and is on its way to become the digital identity provider in Pakistan. With this vision at hand joining Khazana is exciting for me, since I can be part of this transformation and growth journey to change the face of Digital Pakistan while helping build a multi-talented team of leaders for the future” said Ahsan Rasheed Khan, CCO, Khazana Pvt Ltd. 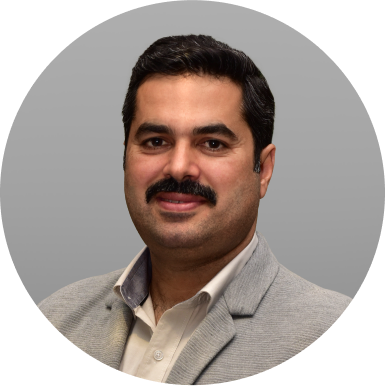 He has extensive experience of working in IT industry engaged in Export of IT and ITeS as well provision of High-end IT services in Pakistan to both Private and Public Sector Enterprises. 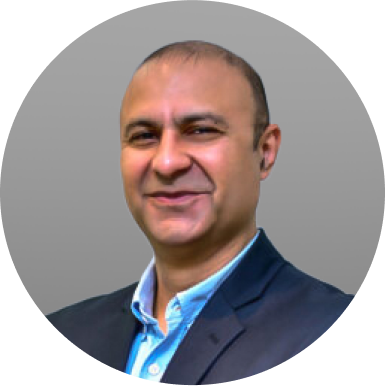 Masood is a people centric professional. He possesses 18 years plus experience, interacting with a diverse group of people. He is a keen learner with strong analytical skills. His motivation, dedication, leadership skills and multi-tasking skills make him exclusive. He believes in, recruitment as a sales process that is ABC “Always be Cultivating”. He has worked on various HRMS software as he is the “technology geek” who believes that technology helps in optimization and business growth. He says don’t wait for a year to appraise, work on your problems, be practical and effective. 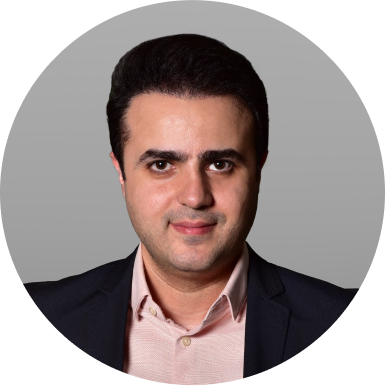 Mussab has over 15 years of experience leading and working with global teams. He has managed teams that built the architecture and executed complex projects with multinational companies, including IBM and the National Bank of Abu Dhabi. Has an entrepreneurial mindset and has successfully built relationships with large enterprises to build sustainable commercial alliances with industry vendors.

Mussab, and his team, work on different digital transformation solutions to help clients bring about a “digital mindset,” workplace efficiencies, and a paperless work environment.
Mussab holds an Engineering degree in Computer Simulation from Ghulam Ishaq Khan Institute of Science and Technology and is passionate about talent growth leadership development and mentors several young leaders. 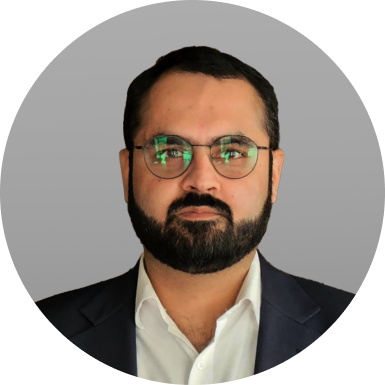 A man who wears many hats, Muzzammil is a leader, manager, engineer, techie, coach, student, and much more. Muzzammil has 12 years of experience in the field of Software Development. He leads the software development wing at Khazana Enterprise, along with being an open source pandit. He has a strong passion for changing the IoT ecosystem in Pakistan. Mr. Yasir Munir is responsible for all Khazana’s IT Infrastructure its operations. Yasir leads the Technology and Engineering teams at Khazana that continuously innovate and build the latest and greatest technology products and services for its customers. He brings over twenty years of experience in multi-cultural environments of the US and UK. He has worked intensively on multiple Data Center Environments, including migrations of large data centers, planning and designing, secure, high-performance, highly available computer systems, and networks. 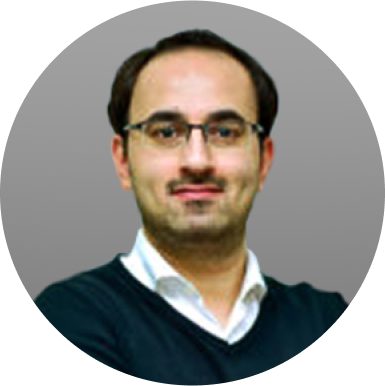 Mr. Muaz A. Jabal is our Head of Legal and supports all of our organizations with all corporate and legal matters. Muaz possesses a Master’s degree in law from England and has a combined experience of over nine years in England, Pakistan, and the UAE in the fields of law ranging from corporate, technology, intellectual property, energy & construction etc., just to name a few. He has vastly contributed to the, and continues to play a vital role in an on-going, progress of a few huge start-ups based locally and abroad, and holds a demonstrated history of working in the technology sector. 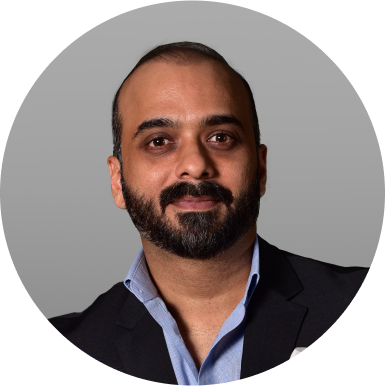 He is a firm believer of ‘Effective Communication’ & building strong employee relationships. His strengths are ‘Learn, Teach & Train’. He loves breaking the communication barriers & streamline processes.
He is passionate about sports cricket, squash, table tennis. self-healing, and mind rejuvenation. Zohaib loves to go for swimming and yoga. He has got great love for book reading and holds deep respect for writers and authors.

We are using cookies to give you the best experience on our website. You can find out more about which cookies we are using or switch them off in settings.

This website uses cookies so that we can provide you with the best user experience possible. Cookie information is stored in your browser and performs functions such as recognising you when you return to our website and helping our team to understand which sections of the website you find most interesting and useful.

Strictly Necessary Cookie should be enabled at all times so that we can save your preferences for cookie settings.

If you disable this cookie, we will not be able to save your preferences. This means that every time you visit this website you will need to enable or disable cookies again.